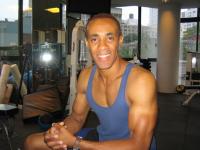 The below is another excerpt from Phillip’s book Rocket Fuel (available on Amazon)
HAVE YOU EVER SEEN an opportunity that spells pure delight and inspires the kind of excitement that awakens a kaleidoscope of butterflies within?
I have. And I can tell you firsthand this was one of those life-changing opportunities.
I was one guy among dozens of morning commuters who regularly exited the train at New York City’s at East 64th Street on the 6 Lexington Avenue subway line.
When you get off at this stop, if you so desire, you could be on your way to heaven… Well, heaven on earth. But first, every traveler faces one very steep escalator and then another, each seemingly on its way to the skies instead of merely to street level.
On either side of those two escalators are two sets of stairs that, needless to say, when it comes to going up, are rarely traveled.
Actually, they are so steep that just gazing up those stairs is enough to make you nauseous.
So, they are hardly ever navigated, except when it came to this one guy among the dozens of other commuters, because-that’s right! You guessed it! He never takes the escalators. Yes, I never took the escalators.
Instead, I staked my claim to those pieces of real estate no one else cared for. That was how those two stairways became mine, at least for the time it would take me to sprint up one and then the other without skipping a beat. By the time I reached street level, my heart was seemingly about to beat out my chest, and I had been firing on all cylinders up the stairway to heaven.
I embraced adversity as a friend, which not only rewarded me mightily but had me wanting a lot more. It wasn’t long before that “more” had me awash in a kind of elation that left me momentarily emotional.
Suddenly, I was really walking on air.
I had the same feeling one day, as I looked up from the foot of the very impressive Kyoto Station “Daikaidan” Grand Stairway in Japan. My eyes were moist. In a painful way, I was left with this serious reminder: Never take things for granted!
Simply put, I felt lucky that day. I recalled how I had struggled to use that walker with my feet dragging behind me. But, as the Kyoto Station “Daikaidan” Grand Stairway beckoned, those butterflies in my stomach set off a thumping excitement, which fired me up enough to run up that stairway three times in rapid succession.
Yes, this was sweetness, indeed! Because, before I staked my claim to those Lexington Avenue staircases or shed a tear at the bottom of Kyoto Station “Daikaidan” Grand Stairway, I had been that baby again, learning to walk. And I couldn’t even make it up two rungs of stairs.
I had to take true baby steps after I had major double-hip surgery to repair those arthritic hips. Yet, with exhilaration, I soon found how two rungs became a full flight of stairs.
Eventually, I could take an incredible eighteen flights at a full sprint, and then, well, there I was, with pulse-pounding excitement, at the foot of the Grand Stairway, a spot where, since 1998, teams of runners dashed up its 171 steps, over seventy meters, in an annual spring event.
For me, climbing the Grand Stairway was a triumph of massive proportions. But my rehabilitation, in mind and body, was to continue, after I was blessed in spectacular fashion on one unforgettable, fateful day in October.
Leave a comment
Ready to climb? Contact Phillip today!

New research shows relationship between exercise and heart disease risks. It's a pretty powerful reason to get today's moves in. ...

Not only can physical activity levels predict the death risk among older adults but high levels can mitigate the risk of dying from hardened arteries.
View on Facebook
·Share

Here are some good reasons to reel in more omega-3s--especially with bad air quality happening in so many areas. ...

If you reside in a busy city, it might be a good idea to make sure you reel in more of the omega-3 fats found in fish like salmon, mackerel and sardines.
View on Facebook
·Share

Jelayne Shelton traded a grim outlook for a healthy lifestyle to become an inspirational influencer. Read and share for some inspiration to start this new week! ...

Jelayne Shelton traded a grim outlook for a healthy lifestyle to become an inspirational influencer.
View on Facebook
·Share

Shake it up this Sunday and sip this protein shake to keep your muscles growing while you sleep. ...

Take your pick — these one-dish meals are savory options for the start or end of the day. Try 'em, and let us know what you think! ...

Take your pick — these one-dish meals are savory options for the start or end of the day.
View on Facebook
·Share 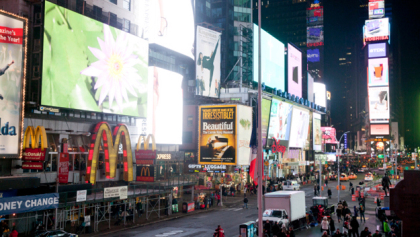 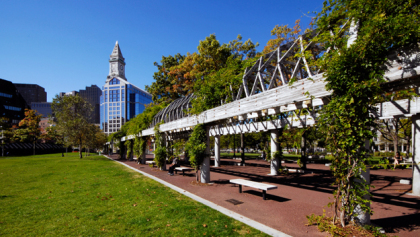 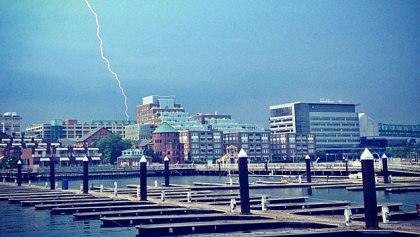